The first museum of Slavic mythology

We keep the original past in the progressive present 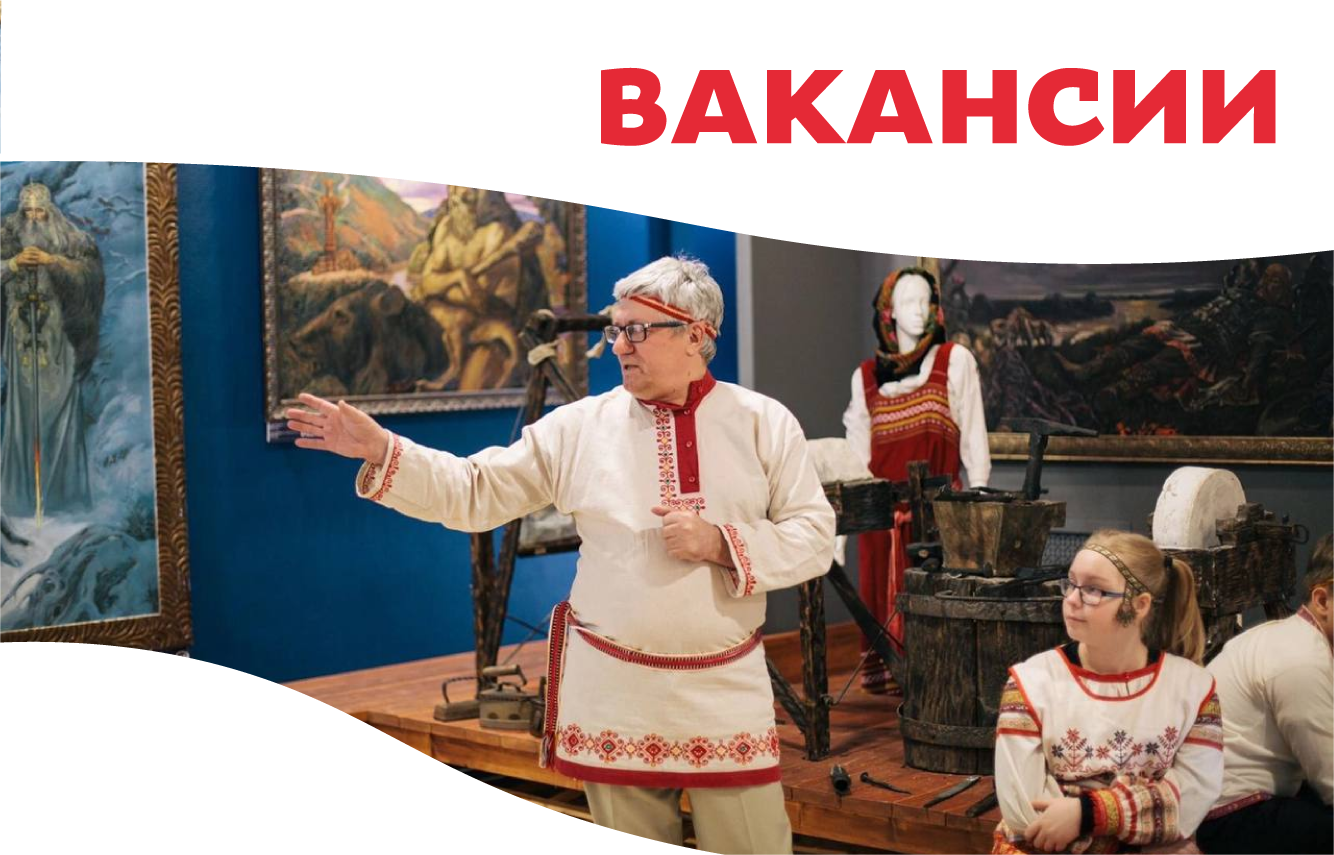 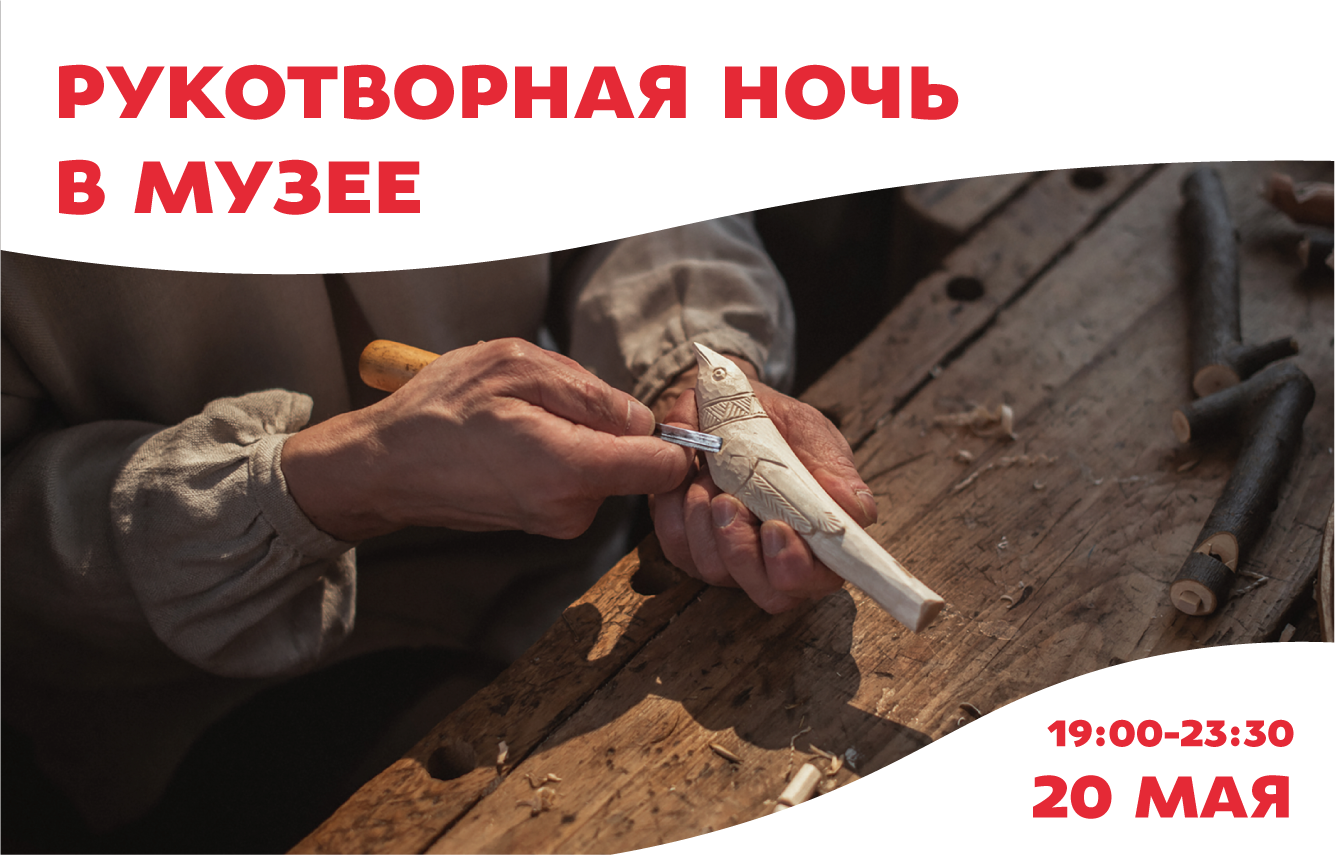 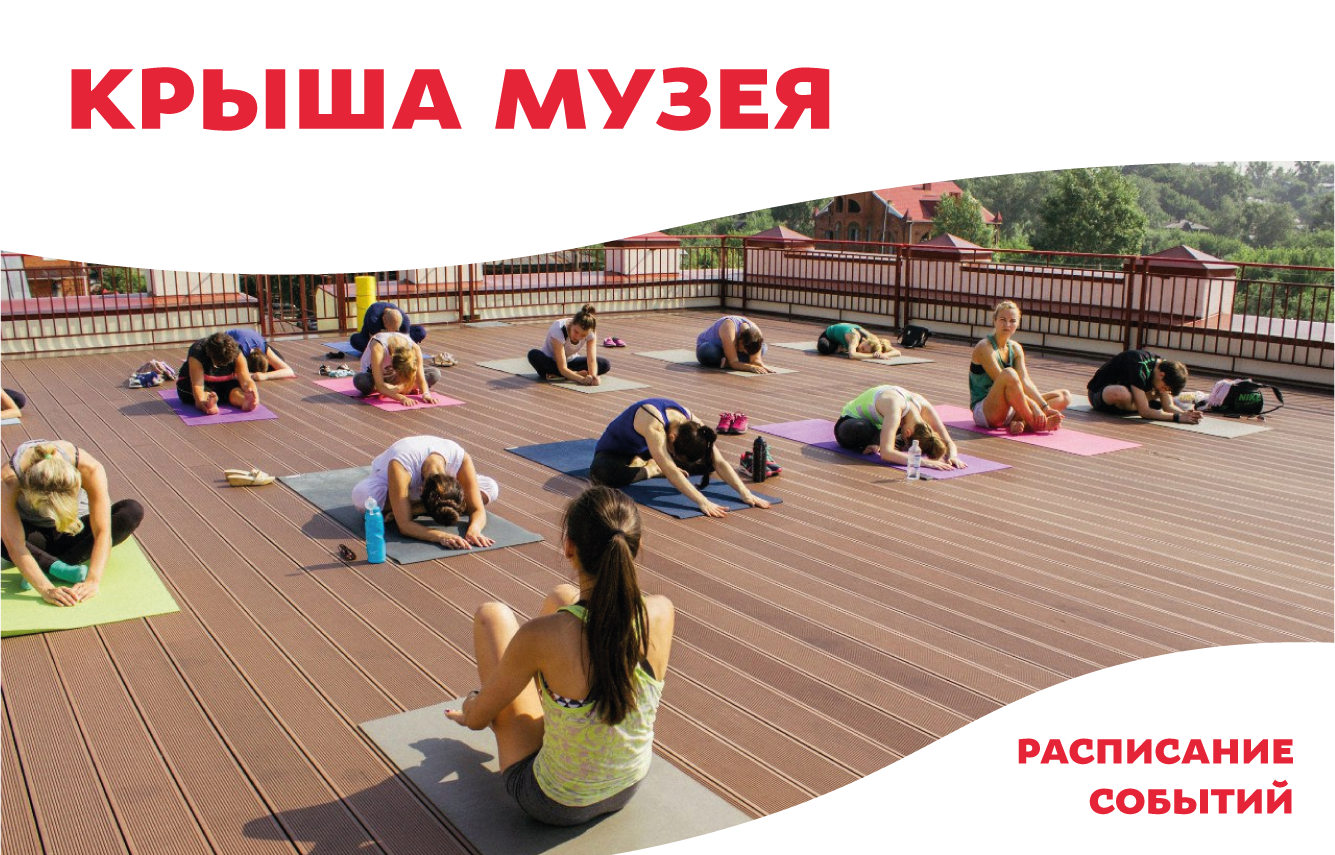 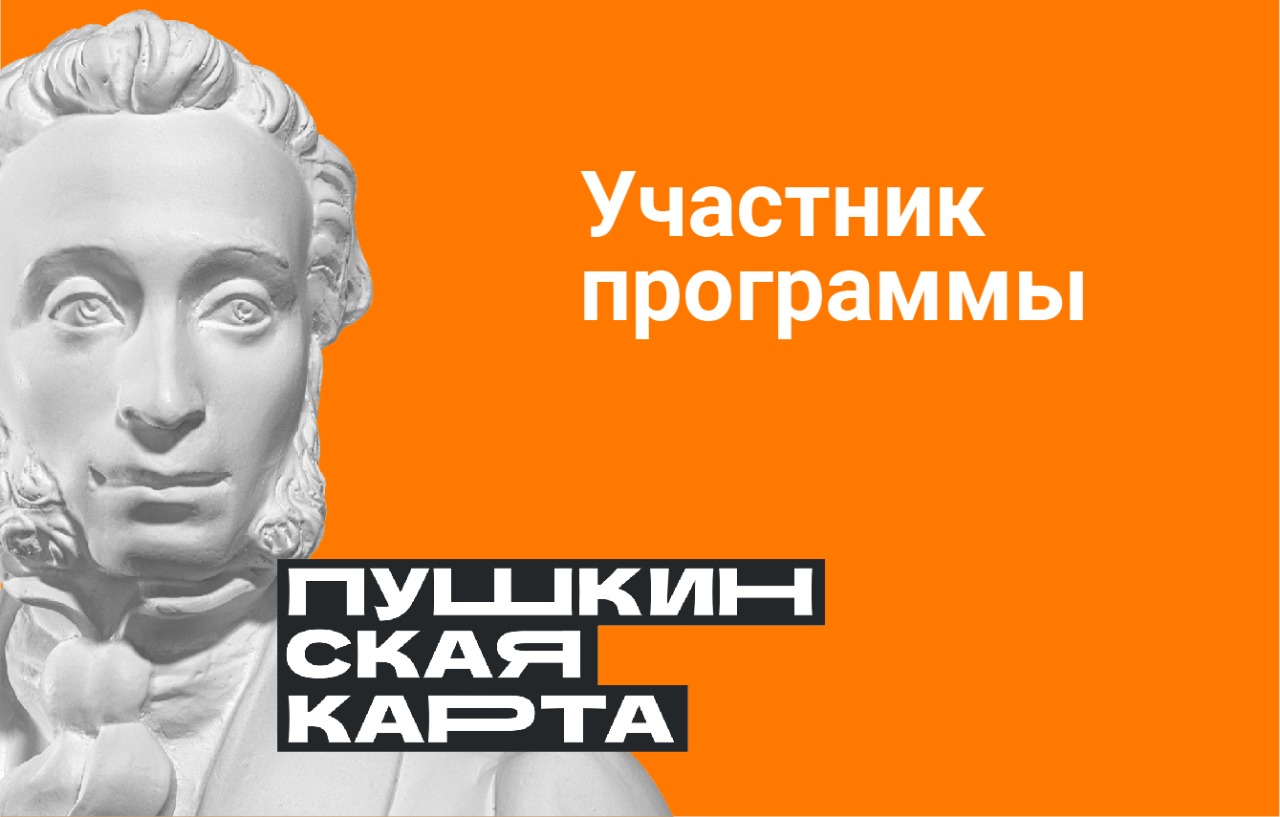 The first museum of Slavic mythology is a unique interactive space in which we make every guest fall in love with Slavic history, culture, traditions, mythology and creativity. We don't have deathly quiet halls, bans, and traditional academic excursions. In our environment, everything is created to make guests interesting.

It is especially valuable for us that each guest feels himself included in the fabric of time, sees himself in a new dimension - from ancient times to the present day. To do this, we try to notice the beauty and eternal traditional values, comprehend them in the present and reflect on who we are, where we come from and where we are going.
Together with figures of contemporary art and craftsmen from the world of folk crafts, we create a field of beauty that immerses a person in the world of Russian national culture, rooted in the Slavic past and woven from many patches.

The museum is based on a private art collection. This is an original easel painting, graphics and works of domestic arts and crafts based on Slavic history, mythology, epic tales, Russian fairy tales and customs. We collect, exhibit and popularize the work of contemporary artists who write in the spirit of national romanticism V. Vasnetsov, I. Bilibin, N. Roerich and others.
The museum also functions as an educational center. We carry out extensive educational work through lectures, exciting lessons and project research activities with schoolchildren and students.
We do not have caretakers, many exhibits can be taken in hand. Mutual trust and an open environment are important to us. 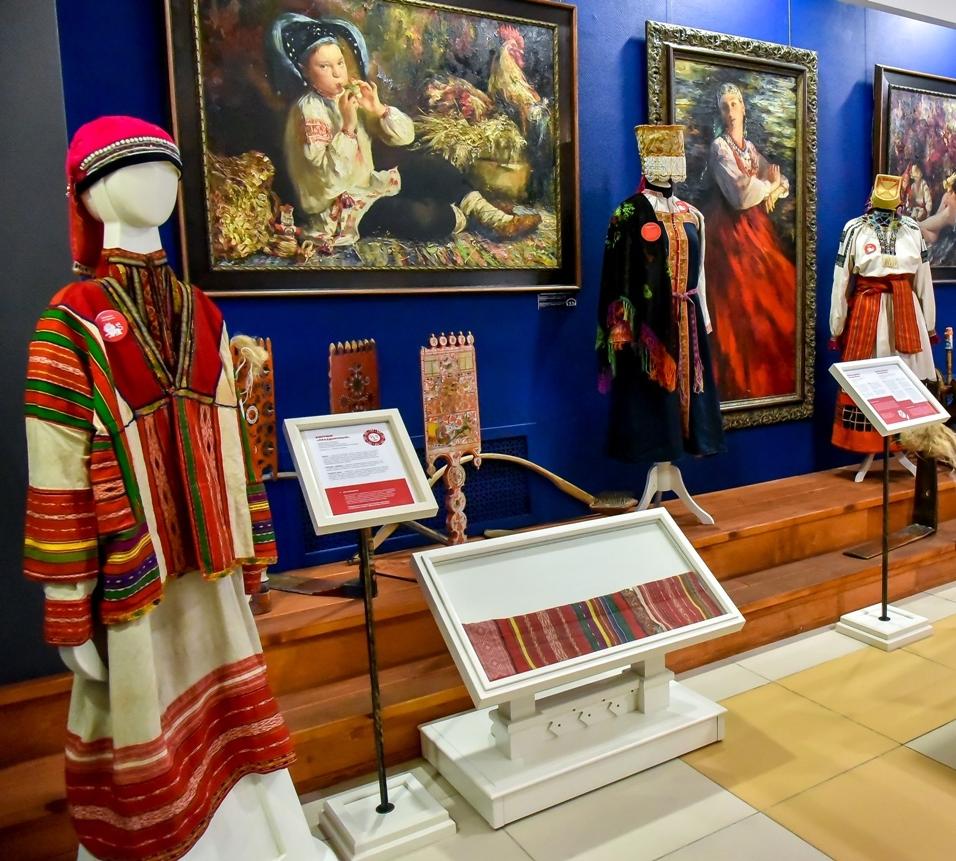 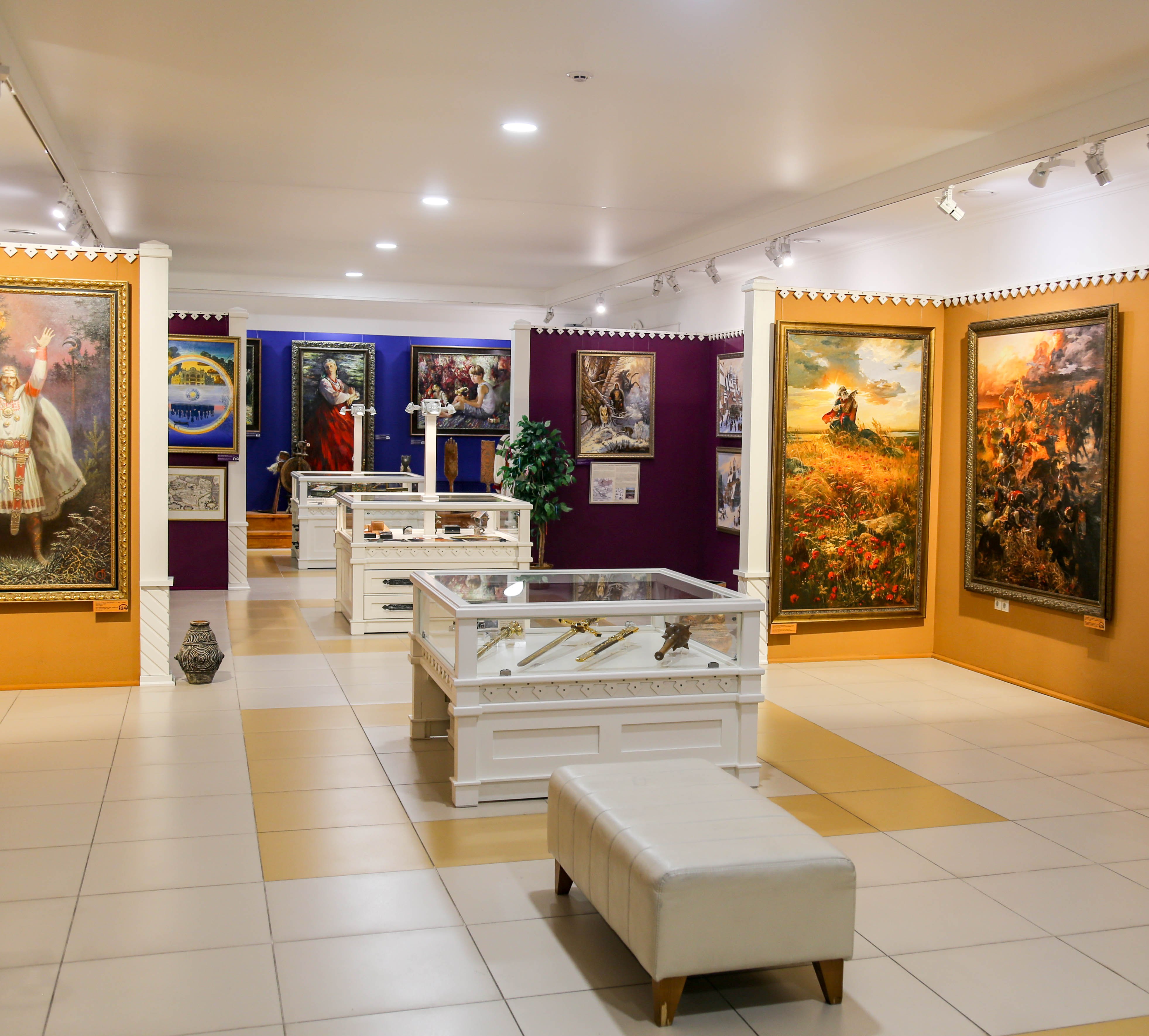 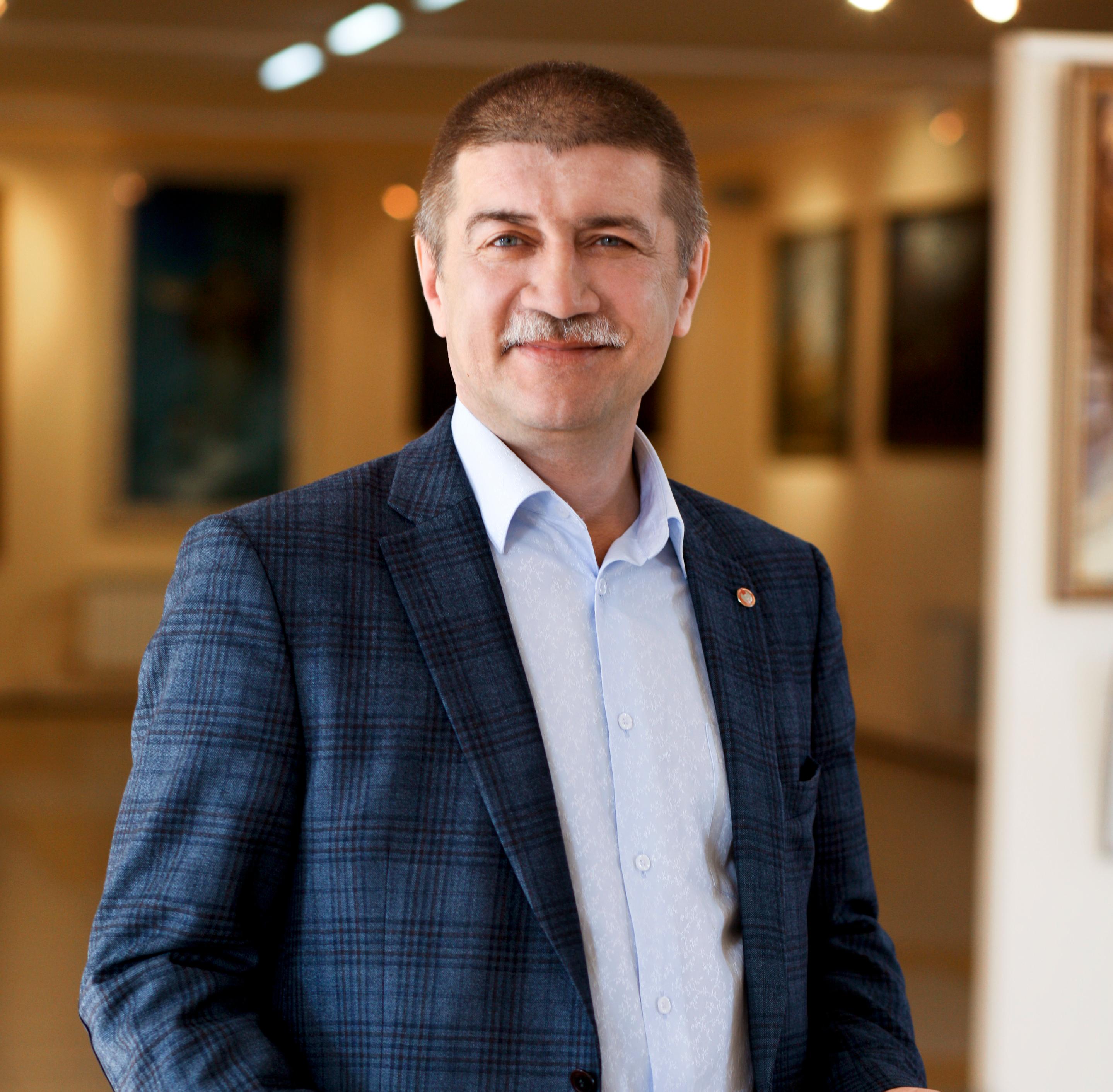 From an interview with the founder of the museum, Gennady Pavlov"

— Our project is unique, the first and only of its kind. Clearly defined topic. The exposition of modern painting is a protective field of the beauty of the original Russia, which comes to life on the canvases of the best artists of modern Russia. The project is up to date. The 21st century sharply poses the question for the Slavs: to be or not to be? If we choose to "be", then we turn to our origins, to the archetypes of national self-consciousness. In the era of globalization, those peoples who are reverent about their history, culture, and primordial spirituality become successful. The project is endless. Myth is the soul of the people, a storehouse of sacred concepts of honor and conscience, evil and good. The words “Motherland”, “parents”, “nature”, “lady”, “lyalka” sound burning for a Russian person. Behind them are the majestic Slavic progenitor gods - Rod and Rozhanitsy, Makosh and Lada, Svarog and Perun. These are not just personified elements and not wooden idols. This is a manifestation of the best aspects of human nature, a natural way of life, harmonious integrity with cosmic cycles. This is a constant development, continuous creativity, new discoveries and accomplishments!

There are more than 1000 exhibits in the museum's collection. They cover the history of the development of Russian culture
from the Indo-European era to the present day.

We provide a free and detailed audio guide.
You can also install the application for smartphones izi.travel
and listen to exciting excursions in a format that is comfortable for you
(including in English). 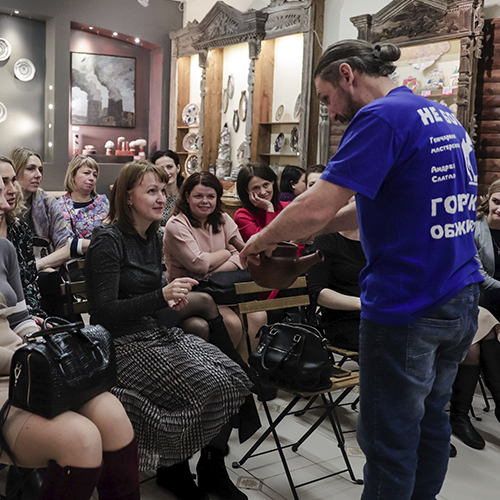 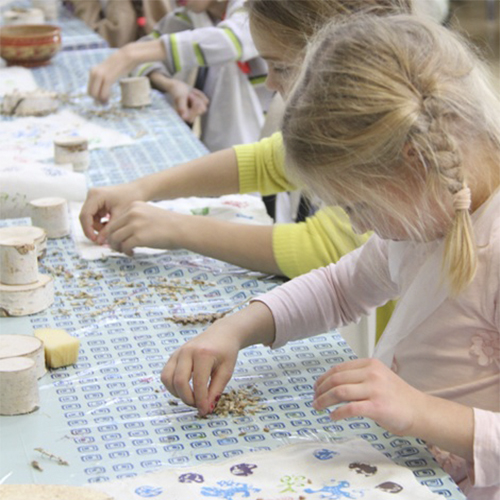 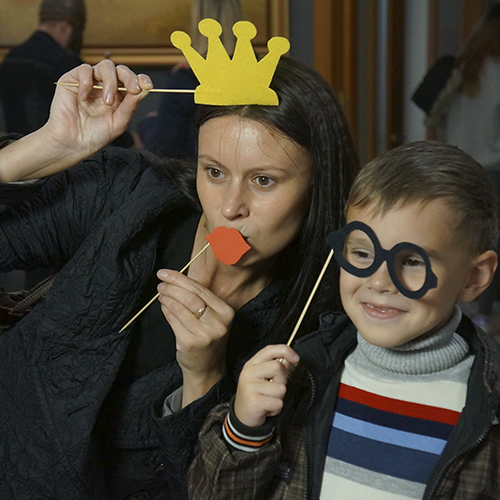 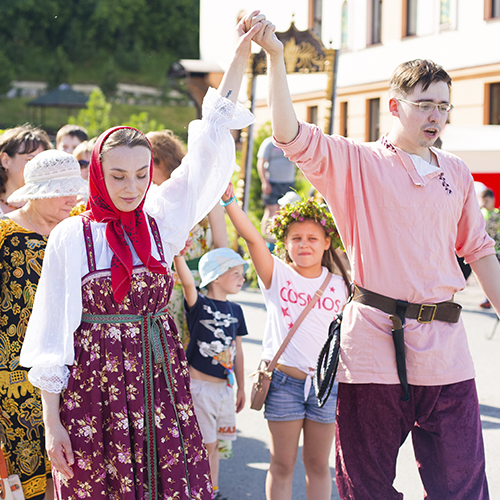 History of the museum

In 2005, the Russian Way library was opened in an old mansion in the center of Tomsk. Its founder is Gennady Mikhailovich Pavlov, Tomsk philanthropist, successful businessman, graduate of the Faculty of History of TSU. He was not indifferent to Russian history and culture and sought to convey to the people their foundations and traditions.

Today it is the largest private museum beyond the Urals. It is included in the unified register of institutions under the Ministry of Culture of the Russian Federation, is a member of the Association of Museums of the Tomsk Region and the Association of Private and Folk Museums of Russia.

It all started with a unique material - a collection of paintings by Russian Slavic artists:


This is a deeply meaningful artistic reconstruction of our past.

Gradually, the collection was replenished, the boundaries of the museum-mansion expanded, and in 2013 the gallery moved to a new three-story building at 12 Zagornaya Street, where it is still located. The building was designed and built by order of Gennady Pavlov specifically for the museum. It is organically inscribed in the environment: in proportion to the historical development of the city and as if “supports” the Resurrection Mountain, at the foot of which it is located.

This project was developed by the Tomsk architect Sergey Baltin.The source of his inspiration was the work of the Siberian architect Fortunan Gut (1861-1935), a prominent representative of the Art Nouveau style in art at the turn of the 19th-20th centuries.

The facade of the Museum is elegantly decorated with the only handmade ceramic panel in Tomsk, which was created by the local sculptor Chingiz Bazarov in the modern spirit.

In addition to the collection of easel painting, graphics and arts and crafts, the new walls housed an exposition of household items and costumes of the 19th century, unique interactive exhibits, and reconstructions of historical objects.

Constant expeditionary activity is aimed at finding interesting exhibits and replenishing the museum's funds, establishing relationships with craftsmen and artists. So, for example, the Slavic Calendar project appeared (2025, miniature lacquer painting on papier-mâché, tempera, gold, lacquer). It was realized thanks to literary parcels together with the family of miniaturists Molodkins (village Mstera). Exhibition equipment was specially designed and manufactured for the "Slavic Calendar", which allows you to rotate the panels in a circle, thereby introducing each guest to the understanding of the eternal flow of life, the ancient philosophy of the cyclical nature of being.

Since 2016, the museum has been hosting the Siberian Ceramics Festival with international participation, which opens a competition for a young ceramist. Also, the Interregional Bear Festival, which unites puppeteers from all over Russia and the Near Abroad, is dedicated to the support of masters of arts and crafts.

The museum is open for cooperation, joint exhibitions, events and replenishment of the exposition. We welcome your suggestions and critical comments about our work on (hidden)

Map of our opportunities